"It is what it isn't though that isn't what it is and like I've always said I think that it's exactly what you think it is. If you believe it is whatever someone else told you it is then you're doing it all wrong because you're the only one who could possibly know what it is." - zed satelite nccDD 23 ksc

"00A G9603 develops as a self-organizing organism, connects with the virtual environment through its hosts (admins) by arranging the surroundings randomly for its own autonomous purpose" - Timóteo Pinto, pataphysician post-thinker

Lauri Apple — In deconstructing the culture and lifestyle habits of
the Smurfs ("les schtroumpfs"), French sociologist Antoine Buéno
depicts the little blue creatures as racist, sexist, anti-Semitic
"archetype[s] of totalitarian society imbued with Stalinism and
Nazism." Now friends and fans of the Smurfs are so mad at him.

It all seems like an unfortunate misunderstanding! A lecturer at the
Sciences Po political sciences school in Paris, Buéno says he "loves"
the Smurfs. He only wanted to shed light on how weird society was back
in the 1950s, when the Smurfs were born. In Le Petit Livre Bleu ("The
Little Blue Book"), he identifies the following issues:

Anti-Semitism: This is embodied by the evil jerk-wizard Gargamel,
described by Buéno as an "ugly, dirty, with a hooked nose (who) is
fascinated by gold."
Socialism: The Smurfs didn't own any property, supported ObamaCare,
and did a lot of things together.
Stalinism: Symbolized by Papa Smurf, a control freak who wore red
pants and a red hat that were possibly made out of Soviet flags. Our
theory is that elderly Papa S. wore red in order to speed up his
reaction time, but unlike Buéno we have no evidence to support our
claims.
Sexism: Only one gal Smurf, Smurfette, whose blonde hair also represents...
Nazism: They didn't get along with Gargamel or his maybe-Jewish cat, Azrael.
Racism: Supposedly Peyo, the Smurfs's Belgian creator, initially came
up with The Black Smurfs, in which the sting of a black fly changes a
Smurf's skin color to "jet black." Somehow the whole Smurf village
eventually turns black as well. After this happens, Buéno says, the
Smurfs "are reduced to the state of primitives who jump around and
cry: 'Gnap! Gnap!' [Gnash! Gnash!] They lose all trace of intelligence
and become completely moronic."
Supposedly Buéno now says he's afraid for his safety, because Smurf
fans have called his book a "disgrace," and also said other mean
things on the internet. Eh, they'll get over it. 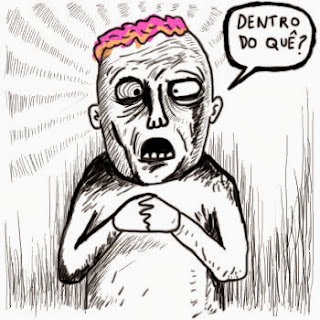 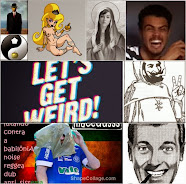